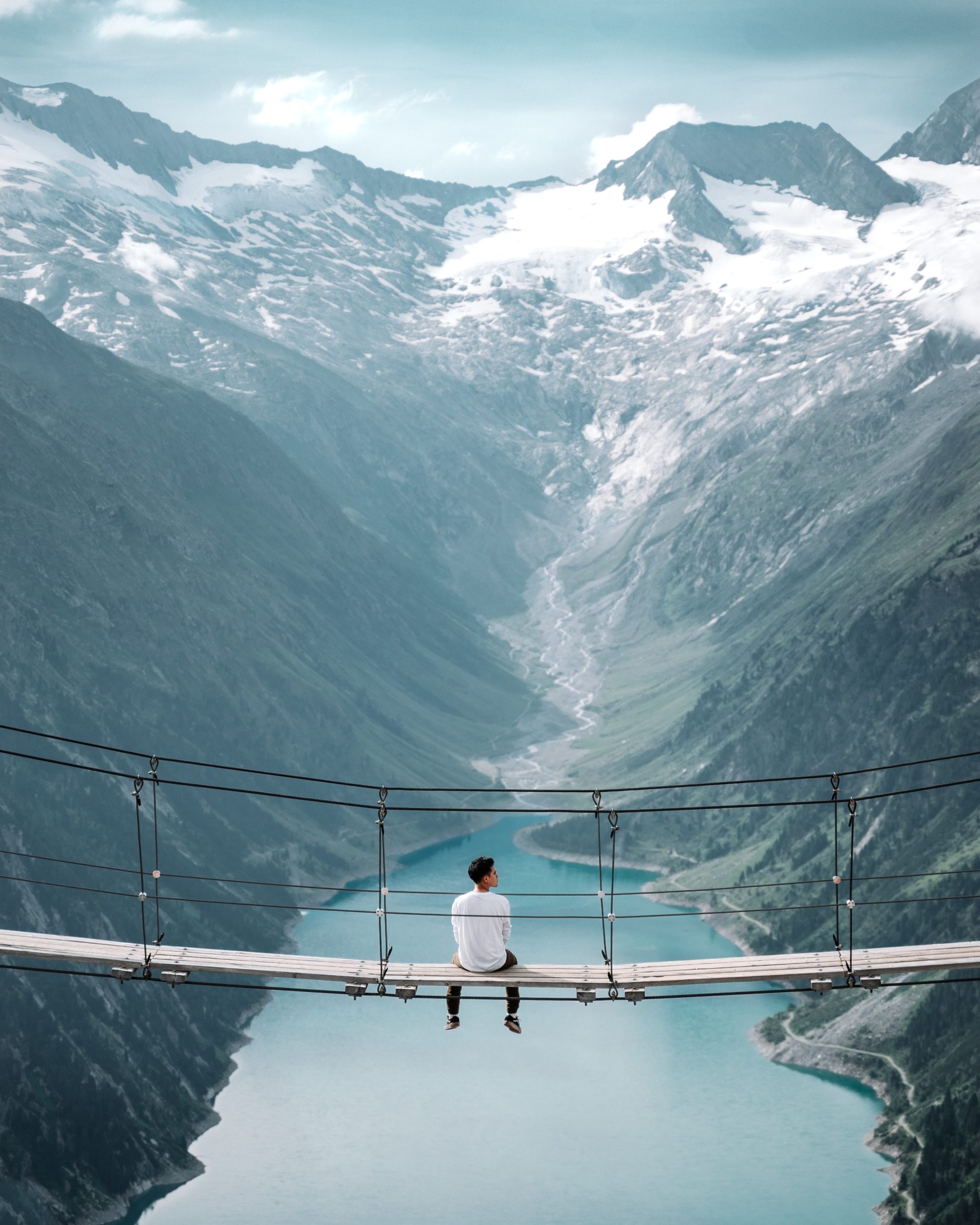 Polarization and the Academy

By Steven C. McMullenDecember 11, 2020No Comments

One of the clearest conclusions we can take away from the 2020 election season is that political and ideological polarization has continued to be one of the most powerful forces in our social life. In recent days, I have seen a variety of calls for us to come together as a people, or as a church, and try to mend our differences. Every time this call is made, social media partisans, both right and left, respond that they cannot make peace when the corruption of the other side’s partisans is so profound. I have no rigorous data to support this, but in my own circles, I have heard more people recently, on both the right and the left, proposing that the U.S. would be better off if it split into multiple countries.

Things are getting bad. My argument in this blog post is that the polarization in our larger political culture is undermining the academy in a serious way. I see some hope, though, in the way that Christian academics and Christian schools can act as ideological bridge-builders.

It is important to think just a bit about what we mean when we talk about polarization. The kind of polarization I am worried about in this blog post is best summarized as a convergence of a few broad trends:

1. Cultural Identity Sorting: As Ezra Klein describes in his book, Why We’re Polarized, our identities are made up of a number of different associations and characteristics. Many of us have political identities, which can be powerful, but these can be moderated by religious identities, families, professions, etc. But what happens when our professions, families, and religion all get sorted out so that they align with our political identity? We develop what Klein calls mega-identities, in which every part of our life is in the same echo chamber. Political parties become just symbols of a much deeper cultural divide that goes to the core of who we are.

2. Geographic Sorting: more and more of us live in places that are either deeply red or deeply blue. Surrounded by like-minded partisans, we lose touch with those on the other side of the divide, are more subject to groupthink, and less likely to be charitable. David French does a nice job describing this phenomenon in his recent book, Divided We Fall.

3. Media Echo Chambers: Some of our important sources of information have sorted themselves out to appeal to folks on one side of the political aisle or the other. Moreover, as the culture polarizes, we tend to seek out information that is more one-sided. Our new media highlight the extremes. When we imagine the typical person on the other side of the aisle, it is all too easy to immediately think of the worst elements of the Twitter mob or the latest viral outrage video.

4. Negative Polarization: All of these polarization trends seem to have resulted in political and ideological movements that are motivated particularly by fear and loathing of those on the other side of the political divide. This drives a deep anxiety at the heart of our culture wars. Above all, we too often think, we can’t let those people run things.

The Academy In Divided Times

In this great sort, the academy has fallen largely on one side of the divide. Most academics are at least a bit left of center, and the majority of academic institutions are lean left overall. Support for democrats, even before Trump entered the scene, was a pretty solid bet. George Yancey has documented, moreover, that this environment has even made discrimination against Christian conservatives, in particular, a real possibility in many academic departments. Conservatives, where they are in charge, might be likely to do the same, but there are just fewer conservative-dominated institutions.

Even more disturbingly, the academy has become one of the chief sites of symbolic cultural warfare. Some conservatives have decided that the academy is a hostile place, and can’t be trusted. Among some corners of the online right, exemplified by organizations like Turning Point USA, mocking and exposing liberal professors and students has become a regular pastime.

Meanwhile, within the academy, we are deeply divided over two visions of liberal thought. The activist left is keen to fight the elements of patriarchy and racism that live in our culture, habits, and institutions. Often this means dramatic attempts to rewrite the rules of academic engagement. What we now call “cancel culture” originated in the academy with the cancellation of speakers that campus activists opposed. Those representing something like the old left, on the other hand, are now fighting to maintain the edifices of free speech and academic freedom against critics on both sides.

Nothing I have written so far is news to anyone paying attention. Putting it all down in one place makes it easy, though, to see some of the connections. The ideological divides within the academy were always deep, but they are exacerbated by the divides in our larger culture. It is really hard to engage in academic dialogue with your colleagues when you are pretty sure that they are defending fascists or communists. And yet that seems to be what our current moment demands of us.

I would hope that the academy could be a stabilizing force in all of this. We live deep in the gravity of long traditions. If anyone can rise above the political moment, it should be tenured academics safely perched in their ivory towers. However, this cultural conflict is breeding a deeply anti-institutionalist moment. Neither the right nor the left is particularly keen to embrace the venerable institutions and traditions of the academy. I write all of this because I think we need to approach our work in the academy with the full knowledge that it is going to be a hard decade. By the time we get to the other side of the current (and coming?) demographic/financial storm, we might realize that we had slowly become fully captured by one or another ideological movement. Or, perhaps more likely, neither side will see a value in preserving academic institutions, and will instead happily watch them fail and count it as progress in the culture war.

I do, however, have two glimmers of hope to offer. In my experience, Christians in the academy, and Christian higher education institutions, can both play an important role in bridging our serious ideological divides.

After pessimism, let me offer my small best hope for the future. I actually think that Christians in the academy might be a bright spot. Christians exist on both sides of this religious divide, and while people who attend regularly lean strongly to the right, Christian academics are a pretty ideologically mixed group. Even more importantly, our common Christian tradition cuts across our political ideologies, undermining the “mega-identity” sorting that Klein talks about. This means that Christians in the academy have strong parts of their identity on both sides of our political divide.

My own story is probably somewhat common — I was raised as an evangelical in Minnesota, attended an Evangelical Free Church, and graduated from Bethel University in St. Paul. In the time between entering college and taking my first academic job at a Christian college, I had moved from being a moderate conservative to a straight-up moderate. In the years since I have become a moderate liberal. I am now comfortable in a Reformed Church working for a different Christian College. If I were to sit and talk with the evangelicals that raised me, we would find a few areas of political agreement, and also substantial disagreement. They probably would not count me as a part of their political tribe, not just because of policy disagreement though. I now have a series of identity markers that put me into a different camp. I have a Ph.D. and work in the academy, I attend a church in a mainline denomination, and I am a vegan. There is no amount of arguments about the authority of Scripture that will overcome these.

It is awkward to be an outsider to your own people — the people that loved you, the people whose language and arguments you understand. And yet it is people in this position that are best able to act as a bridge between political tribes that have lost all trust. Our common worship, our common theology (sometimes), and our common Christian language should set up sincere Christians to be peacemakers and bridge builders.

So too with Christian colleges and universities. Some Christian colleges seem to be totally on board with whatever the conservative movement demands, and so will not serve as anything but a staging ground for our culture war. Many other colleges, moreover, are clearly leftist institutions. Many Christian colleges, though, inhabit a really awkward spot that cuts right across some of our deepest divides. Faculty come from across the political spectrum but with a slight leftward tilt. Students tend to be somewhat conservative, at least compared to their peers in other colleges. The donor and alumni base is often more conservative still. The result is a kind of balancing place where the best colleges can unify these disparate groups only by focusing on a common religious tradition and high academic standards.

This situation is, actually, exactly the kind of ideologically cross-cutting institution that our country desperately needs. I have found that, in the best of cases, political conversation at Christian colleges tends to be more respectful, and open, than in many other contexts, for three important reasons:

1. All participants know that they are in an ideologically diverse environment (though sometimes not theologically or culturally so). As a result, everyone is encouraged to be somewhat careful in how they characterize their political opponents. Groupthink is challenged, and people are given the opportunity to really understand the people with whom they disagree.

2. Common theological background and religious culture can moderate the “us vs. them” mentality that prevails in politics. The common religious language and ethics, moreover, makes resolving political disagreement more likely.

3. In the best of cases, all of the participants are committed to the legacy of the educational institution and the unity of the community. This can moderate some of the worst polarizing impulses.

Some of you might be skeptical. If your experience of the Christian academy is one of ideological purges and academics afraid to speak their mind, I get it. My experience has been a bit better, perhaps because I have been a part of really fine institutions. The tragic reality, however, is that some Christian colleges have often reluctant to embrace academic freedom and the norms of open inquiry. This needs to change. The church desperately needs to escape the partisan gridlock of our current moment, and the academy needs more examples of open inquiry within a close community. Thus I think this is the moment in which Christians need to embrace the academy and try to lean against the rancor of our times.